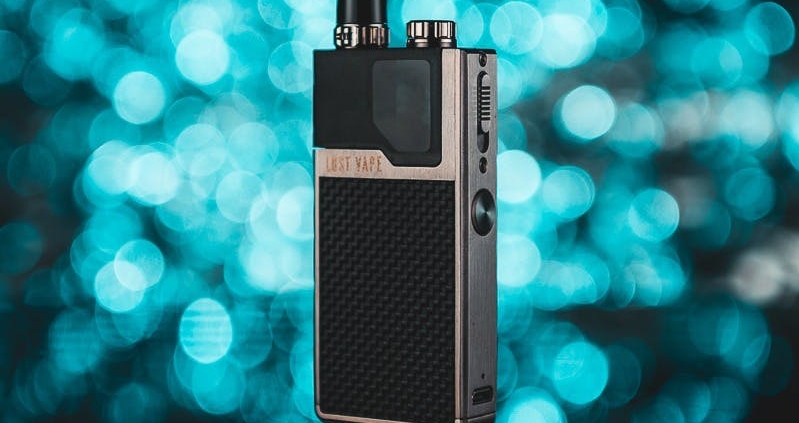 The Orion GO was arguably the most important pod vape of last year. Now in 2019, Lost Vape has released the second edition, the Orion Quest (Q). It’s a paired down version of the original Orion Go for a little less than half the price, but without the most unique electronic features of the GO.

The Orion Q has a 950 mAh internal battery and the power output is set for 17 watts only. No adjustability and no Evolv DNA board. The device comes either by itself with no pods, or you can get the kit that comes with a single 2 mL pod housing a 1.0-ohm Kanthal coil (the only official Quest pod).

From the outside looking in, there’s virtually no difference between the two versions. What remains for the Quest is the build quality and design. But is that enough to compensate for the lack of all the other features? 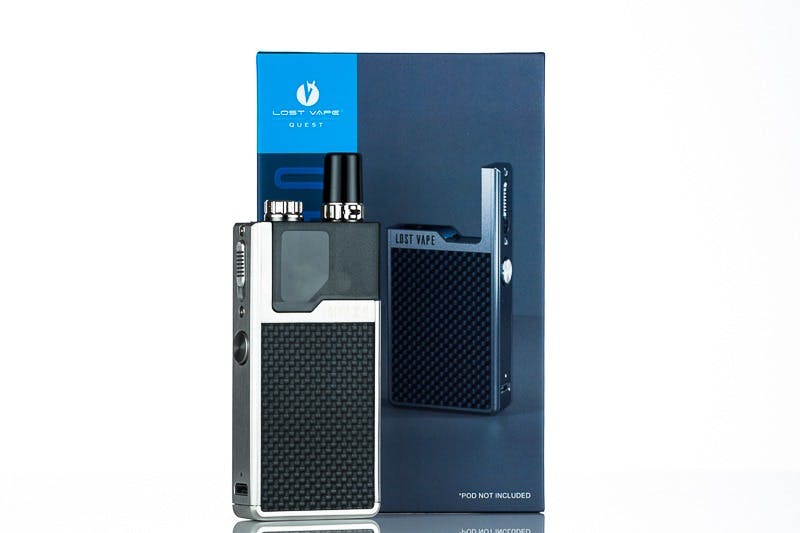 As mentioned, the Orion Q is basically the Orion GO with a different chip. If you’re not familiar with the GO, then I’ll discuss the Quest as it is.

The Orion Q is a quality-built and well-designed pod device. It’s got some heft to it, although it doesn’t interfere with it being an easy carry. It’s a rectangular pod vape made of a stainless-steel chassis and carbon fiber panels. With the thick plastic pod in, the Quest weighs about 85 grams and its dimensions are 93 mm x 37 mm x 13.5 mm. The pod has dual-slotted adjustable airflow from a knurled ring in the base of the proprietary mouthpiece, and a screw-top fill port on the top of the pod. Filling the pod is completely straightforward. You can practically pour juice in it, but because there is a lot of cotton in the pods, I’d recommend waiting at least 15 minutes for these to totally saturate.

Once the pods are in the device, they’re incredibly secure. There is a track and catch system that the pods go into, and they’re removed from a sliding switch on the side of the device. To insert the pod, angle the base of the pod (the mouthpiece side) to the back of the pod housing; then push down on the on the refill top until you hear a click.

Under the pod release switch is the circular fire button. It’s raised enough to easily find it without looking, and it’s responsive. Mine has the tiniest bit of rattle, but only when shaking it vigorously. 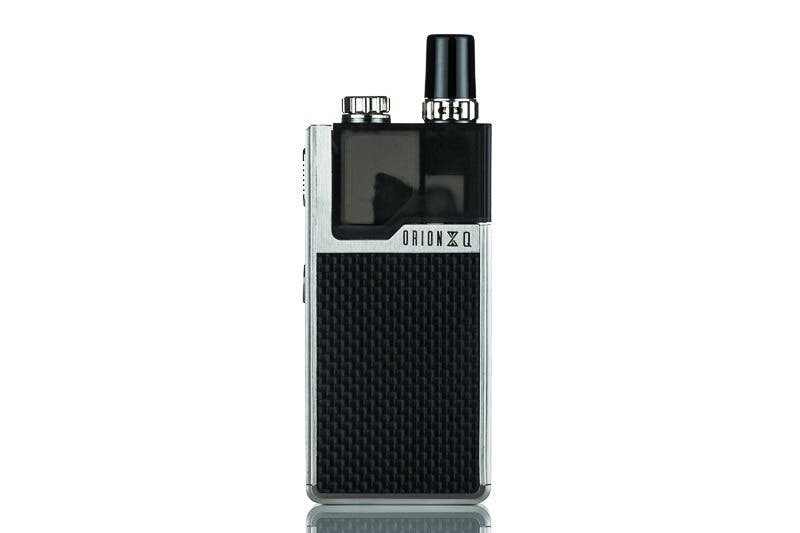 The performance of the Orion Q is good and I enjoy using it, but it’s not as straightforward as it sounds. Although the pods vape quietly, and they don’t leak, spit or pop, some have far too much cotton in the coil. That increases the time to saturate and the time to break-in the coil. Sometimes a good portion of the first fill tastes off, to the point of it tasting like a burnt hit. Also, all that cotton means the flavor carry-over lasts longer than normal.

After the coils break-in, the pods last me each about a week (or 1-2 refills a day) before the taste drops off. The 1.0-ohm Q pods vape well with flavor and vapor, but mainly with DL lung hits or restricted lung hits with high VG juice. It seems counter-intuitive to do DL hits on a 1.0-ohm pod, but it works. Unfortunately, the Q doesn’t do so well for me with MTL — the 17 watts on the 1.0-ohm coil make the tip uncomfortably hot when taking successive hits when the airflow is closed off.

For compatibility of the Orion GO pods on the Q, the 0.25-ohm GO pods fall outside of the resistance range of the Q and won’t fire them. The 0.5-ohm pods will work, but the performance has been hit or miss for me lately. Sometimes it vapes well and other times it gets too hot. Also note that the Q pods will work on the Orion GO, but you will have to go into Escribe and fiddle with the settings.

Originally I said the 0.5-ohm GO pods were working fine on my Q, and they were. But lately they’ve been getting too hot and now it’s not something that I’m doing. Now I only use the Q pods on the Q.

The front/bottom micro USB port is placed well (unlike with the GO), but it’s solely meant for charging. In the GO, the oddly-placed bottom port is also for firmware updates and using Escribe.

There is a small LED right above the micro USB port that represents the charge status in three colors:

As for battery life, it’s been great whether I’m using the 0.5-ohm (GO) or the 1.0-ohm (Q) pods. Even when my light is red, it seems to last much longer than the percentage available. I always get more than a day, and sometimes two full days out of a charge. I clocked the charge at more than 90 minutes while plugged into my computer — too bad there is no pass-thru charging because it’s a long charge. When the charging is complete, the light will be blue (so don’t wait for it to go out). All in all, if you want a little pocket-carry device that will last, the battery life of the Q is a plus!

For half the price of the GO, the Q is a solid buy. The Q has its faults, but it’s better than the majority of pod vapes on the market. I hope Lost Vape cuts down on the cotton in the pods because that’s the one thing I think hurts the vape quality. But even with that, for a long-lasting battery plus a quality build and design, the Q is hard to beat. It doesn’t have all the electronic features of the GO, but not everyone needs or wants all of that, especially for the higher cost.

I feel confident in recommending the device as it is for DL or restricted lung hits with low mg e-juice, and I would recommend not using this with high strength nic salts. Also, remember that Lost Vape is saying to only use the Q pods with the Q. 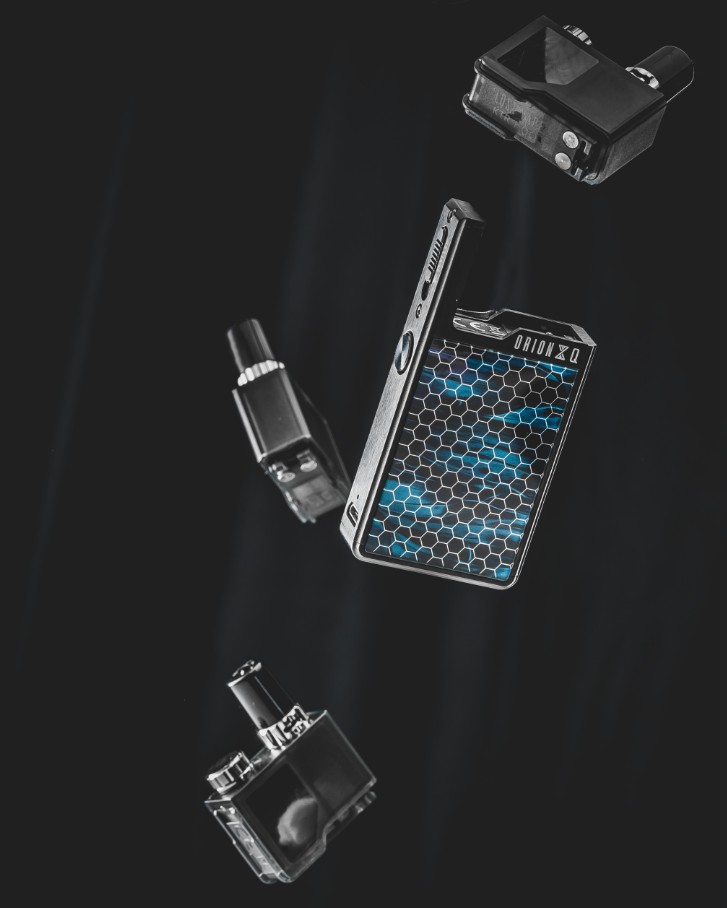